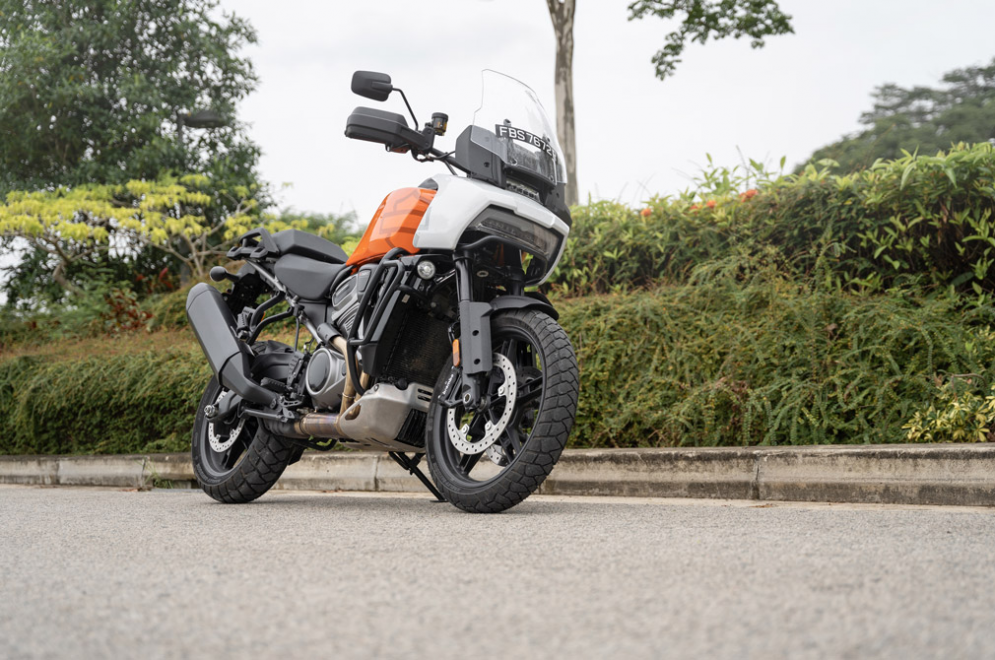 Harley Davidson’s first Adventure Tourer may just also be the first-ever Muscle Adventure Tourer. It is unmistakably Harley and feels like a high riding Fat Bob – the Softail model launched in 2017 which, in my books, is a Harley muscle bike.

The Americans could have gone with a traditional adventure bike design in the mould of BMW’s GSA, Ducati’s Multistrada or Honda’s African Twin. Instead, the Milwaukee company chose to shock us with the avant-garde styling of the Fat Bob.

There is even a hint of Fat Bob in the head lamp design. Like it or hate it, it looks purposeful and muscular.

At the heart of the Pan America is the all-new Revolution Max motor – a 60-degree V-Twin displacing 1252cc. It differs from the hitherto Milwaukee-Eight engines, which are Harley’s traditional 45-degree V-Twins. 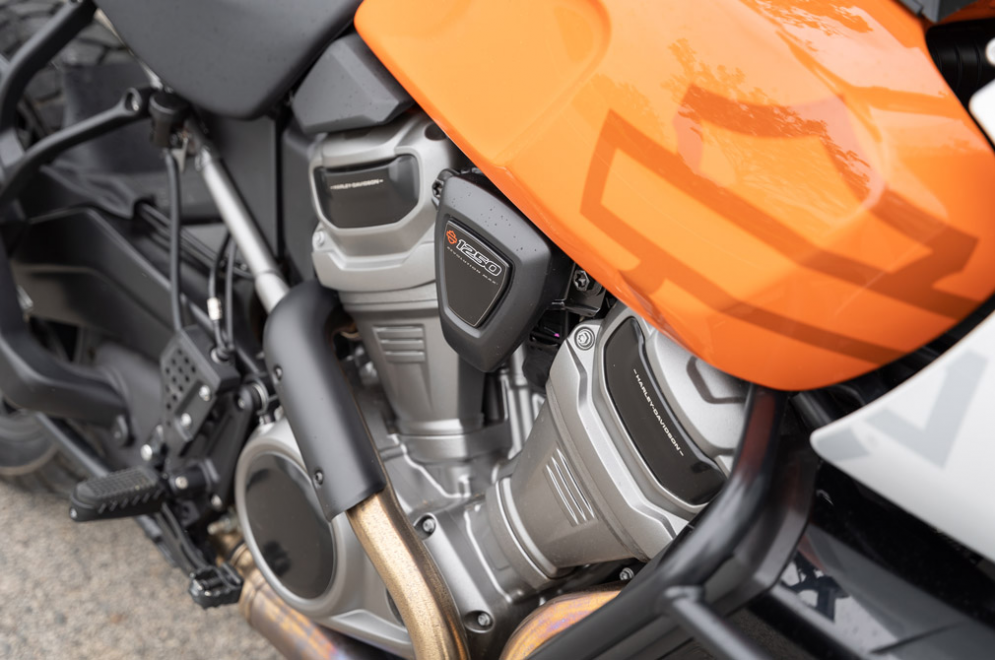 The new engine is full of angry grunt above 4000rpm, and I find myself riding in fourth just to keep the revs up to enjoy the baritone vocals. This powerplant, with a slight tweak, will also nestle in the frame of the next-generation Sportster.

There is no need to swap to aftermarket mufflers, even if they are available, for this Harley. The Pan America’s exhaust note is loud enough to satisfy many Harley die-hards who want to stay on the correct side of the law.

There is a tsunami of torque – 128Nm – at the twist of the throttle. That’s similar to the Ducati Multistrada V4. Harley-Davidson has never revealed the horsepower figures of its models till now.

PAN AMERICA: AGAINST THE COMPETITION

There are two versions of the Harley-Davidson Pan America: Standard and Special. 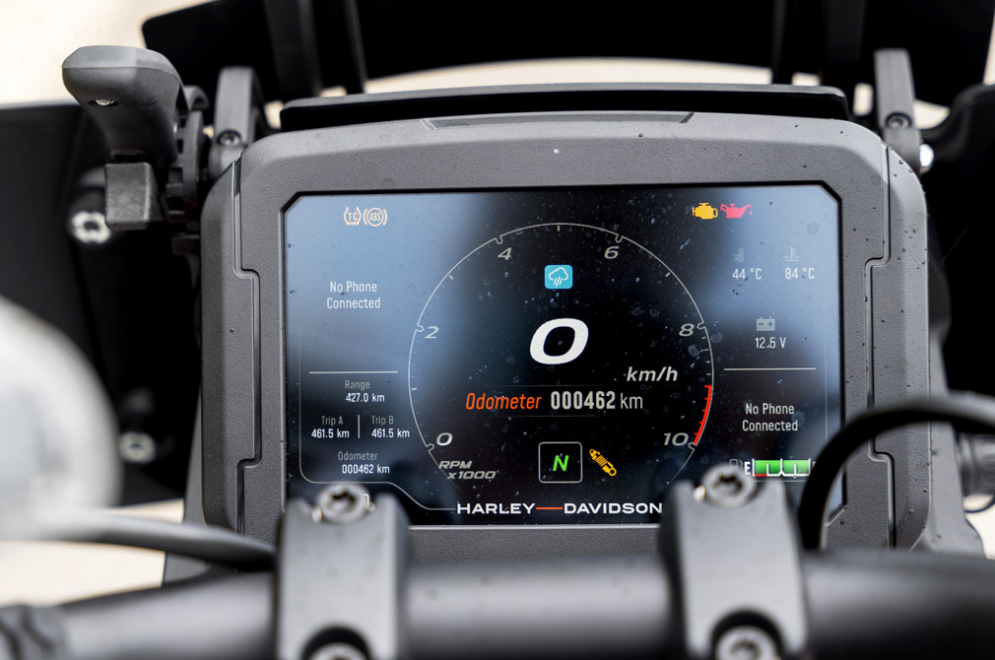 However, the German, with 142Nm, has the edge on torque. The American, however, loses out to the Italian Multistrada V4 S, which pushes 170hp with a 240kg wet weight.

Our test bike was the Pan America Special with its Adaptive Ride Height party trick, a feature not found in the Standard model. This is a boon for shorter riders as the suspension lowers the seat height to 830mm whilst stationary.

I know of several friends who would benefit from this. The Standard’s seat height, on the other hand, is fixed at 869mm.

Other features not found in the lesser variant include the steering damper (useful for aggressive off-road riding) and semi-active suspension by Japanese manufacturer Showa. 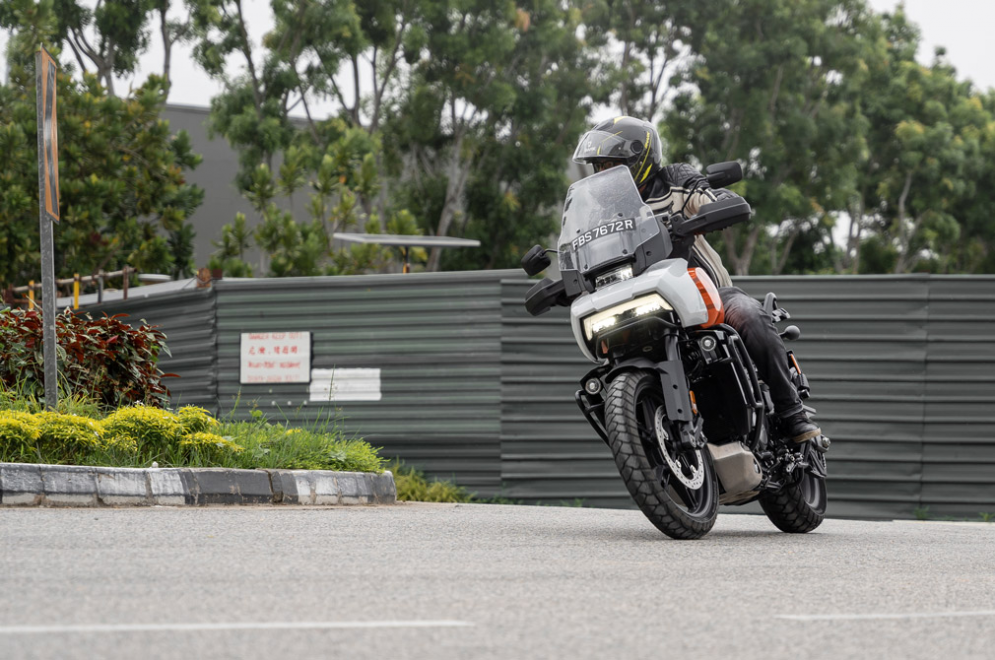 This dynamic set-up is the Adaptive Ride Height’s raison d’être. The Pan America Special also comes with adaptive lighting, where the front LED headlamps project additional light into corners based on lean angles of 8, 15 and 23 degrees.

Both versions get a 6.8 inch TFT display loaded with the usual information. But in the Special, you also get a tyre pressure monitoring system.

Both models have cast aluminium wheels. The front is 19-inch, in keeping with off-road oriented Tourers and the rear is 17-inch. The 17/19 combination with respective 120/70/19 and 170/60/17 tyres is also similar to the setups on the BMW GS and Ducati Multistrada V4 S.

Shod with Michelin Scorcher Adventure tyres, the Harley-Davidson Pan America is confidence-inspiring in the rain, and it leans low enough for showing off in the dry.

The Pan America Standard offers five riding modes: Sport, Road, Rain, Off-Road and Off-Road Plus. There are two additional modes in the Pan America Special – Custom A and Custom B, which allow the ride to customise power delivery, engine braking and safety nannies.

The Pan America begs to be ridden hard. On our roads, I was on Sport mode most of the time, which brings out the best of the Pan America’s character. 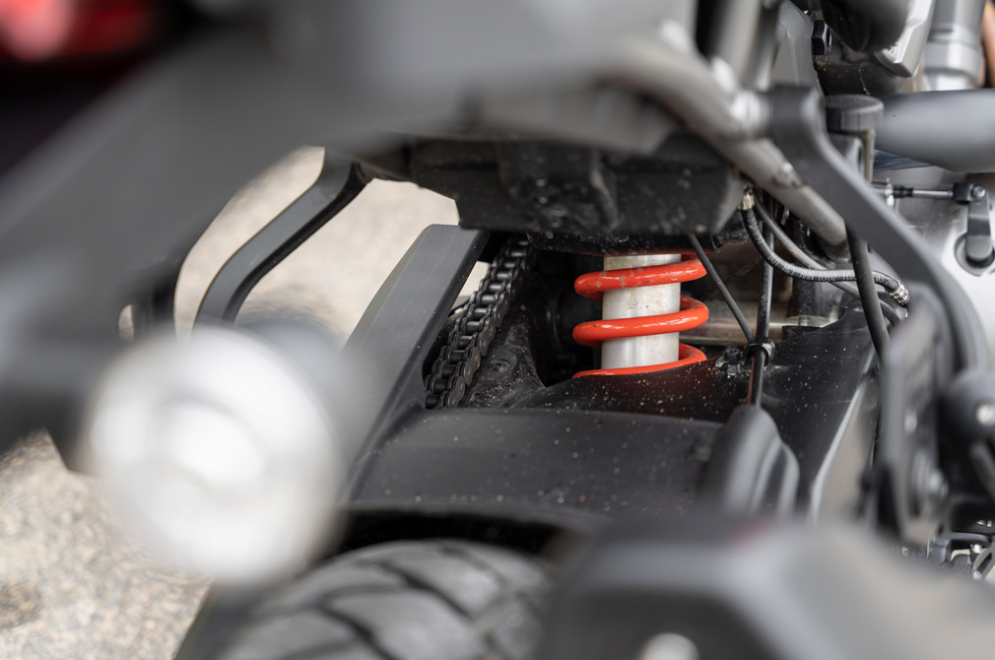 It feels like a Harley-Davidson, which means there is heft and requires deliberate inputs from the rider. However, this is not at the expense of agility.

Turn-ins are fast and planted, though not as quick and agile as say, an MV Agusta Turismo, which at 204kg wet, is a much lighter Tourer.

Harleys have never been associated with great brakes. This changed with the Softail range in 2017, though. The Pan America’s brakes are from Brembo and these are even more powerful than the Softails’, pushing your eyeballs out of their sockets under hard braking.

By the way, if you plan on riding across the border when it does re-open, you will need to fork out more cash for the side panniers.

The Harley-Davidson Pan America makes a case for itself in the crowded Adventure Tourer market because it is different. And boldness deserves success. 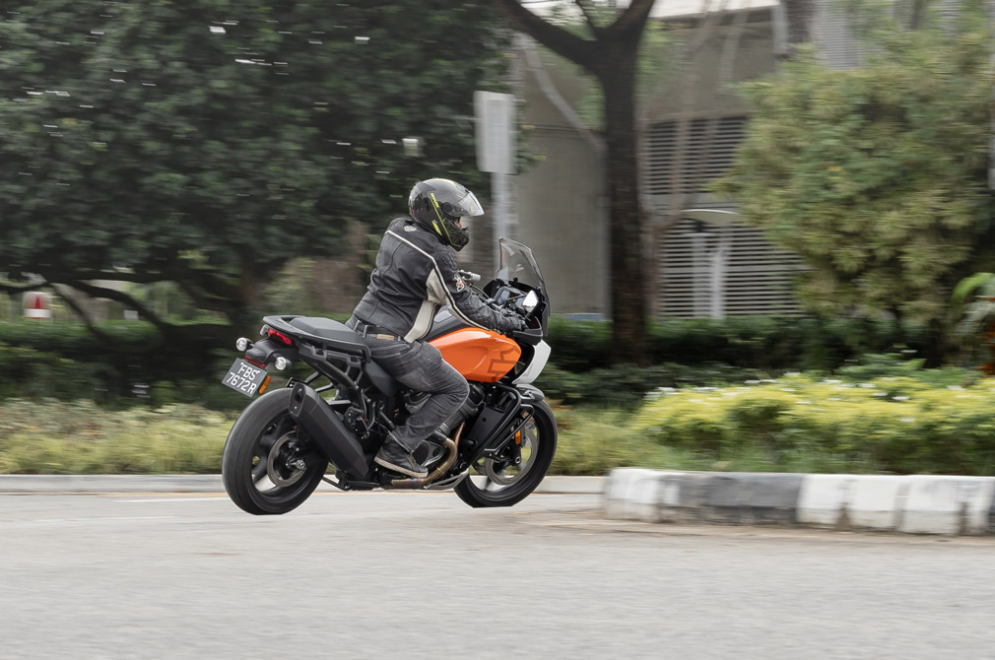