We live in strange times.BMW has recently launched a cruiser - the R 18 - that is clearly aimed at taking a chunk out of a pie that Harley-Davidson has spent the best part of a century dominating.And now, Harley has only gone and made a bike - this Pan-America - that sit squarely in a segment that BMW essentially created, and has spent half a century as top dog.Strange times, indeed... 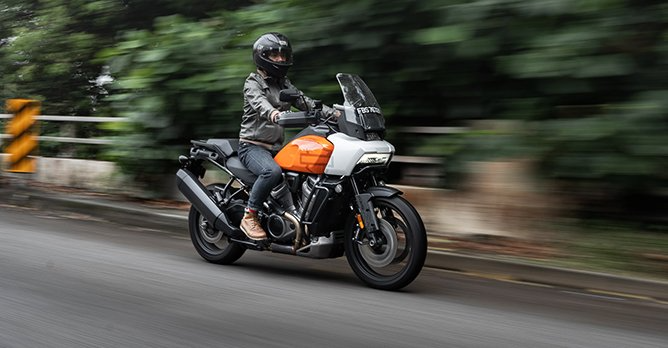 The Pan-America is Harley's first take at an adventure touring motorcycle. Clearly, it looks like nothing the brand has ever produced before.Visually, it's distinctive and boxy, and also definitely divides opinions. While I don't think it's traditionally good-looking, I appreciate that Harley has decided to make it look different and quite out-there. You get plenty of modern features, too, like front and rear LED lights, cornering lights, and an adjustable windescreen.The bike also comes loaded with technology in a way that's actually rather shocking for a brand that's known to be a little circumspect when it comes to innovation. 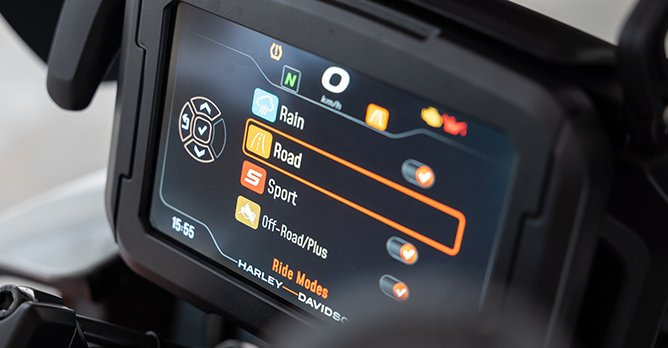 You get a 6.8-inch TFT touchscreen that displays all manner of information (though the font for information like tyre pressure and range is on the small side). You can connect a bluetooth headset and control your music using handlebar mounted controls. You get a whole bunch of riding modes, including two customisable ones on this Special model. You can connect your phone to the bike, though sadly the navigation function is not available because the required app is not available for our region yet (based on the Apple App Store). And, the bike uses a keyless fob, so you simply need to have the key on your to start the ignition. The physical key is only required to handle-lock the bike. 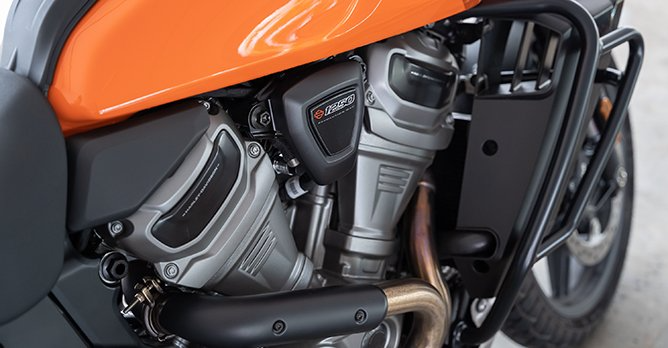 Out on the road, the Pan-America is really easy to ride. The riding position is upright and comfortable, the seats are plush and wide, the overall bike profile quite slim, and the 1,250cc V-Twin engine provides ample accelerative force. It doesn't have quite the low-end torque you may expect from a typical Harley, but it gets the job done. Twist the twist the throttle wide open and the bike still accelerates forward with ample verve.The bike weighs 258kg, but honestly it feels lighter than that. At speeds, the bike is effortlessly easy to swing through corners, and much more nimble that you would expect. 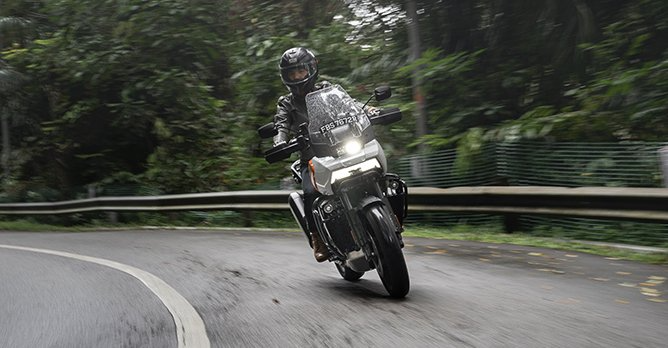 The Pan-America is nimble through bends, thanks to a low CG and a well-balanced chassis

It's also really plush. The semi-active suspension offers plenty of give in the softer Road setting, so going over humps, even really harsh ones, is no issue at all. The Pan-America, for all intents and purposes, is a really comfortable and easy bike to ride.Ridden lightly, it's also pretty quiet, and vibrations are kept to a bare minimum. In fact, Harley had to add vibration back into the engine to make it feel more 'Harley-like'. This speaks to the overall refinement of the engine. This could certainly also suffice as an everyday bike. For short jaunts to the market, it even passes the shorts and slippers test (not that you should be riding in shorts and slippers, but you know, the market is five minutes away). 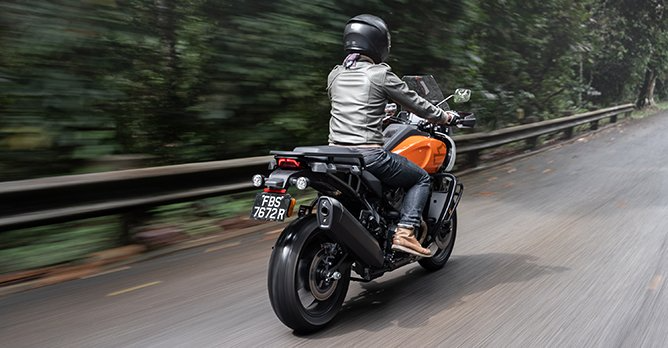 Comfortable, refined and accessible, the Pan-America is a bike that can easily be ridden daily

The bike also comes with some fancy tech, including a world-first Adaptive Ride Height, whereby the bike can automatically lower itself when at a standstill, handy for shorter riders. There's also Hill Hold Control, so when you're stopped on an incline, pump the front brake lever hard at the brakes will hold for a few seconds, allowing you to easily move off subsequently.There are some issues, of course. The placement of the fan means that when the engine ticks over 100oC, the hot air blows directly at your leg and crotch area when you're stationary. Uncomfortable. I find the positioning of the side stand to be a little awkward - it's quite far in front, and I do have to stretch to get it down. And, I'd love to have a quickshifter in the mix, but unfortunately that's not an available option from Harley. 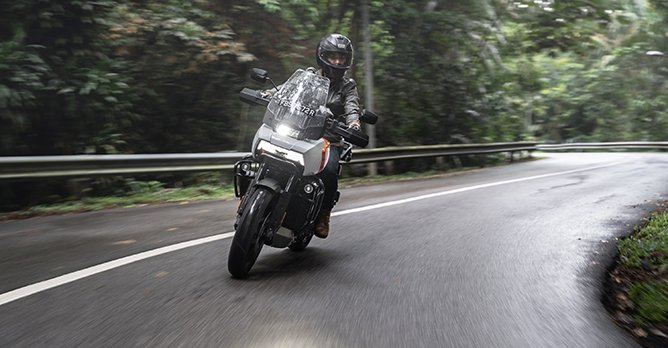 The new Pan-America is innovative and capable, but it is the interesting and bold approach that Harley has taken that will draw in a new segment of customers

Yes, it's perhaps lacking a little in overall refinement and build quality, but hey, BMW has had 40 years of building the GS to figure all that out. For its first attempt, Harley has produced something that's actually quite impressive.

Traditionalists may scoff at this model, but with the Pan-America, Harley-Davidson has produced a bike that's forward-looking, innovative, competitively priced, and exceeds expectations when it comes to on-road quality, off-road capability, and all-around usability. Interesting and exciting, this will likely draw in first-time buyers to the brand in a manner that the brand could never do before.

Strange times we live in...