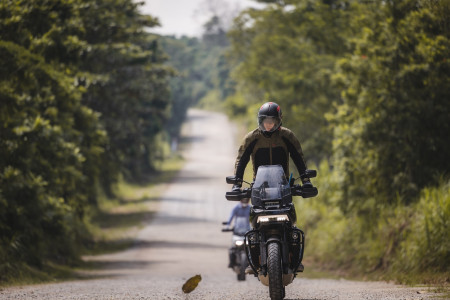 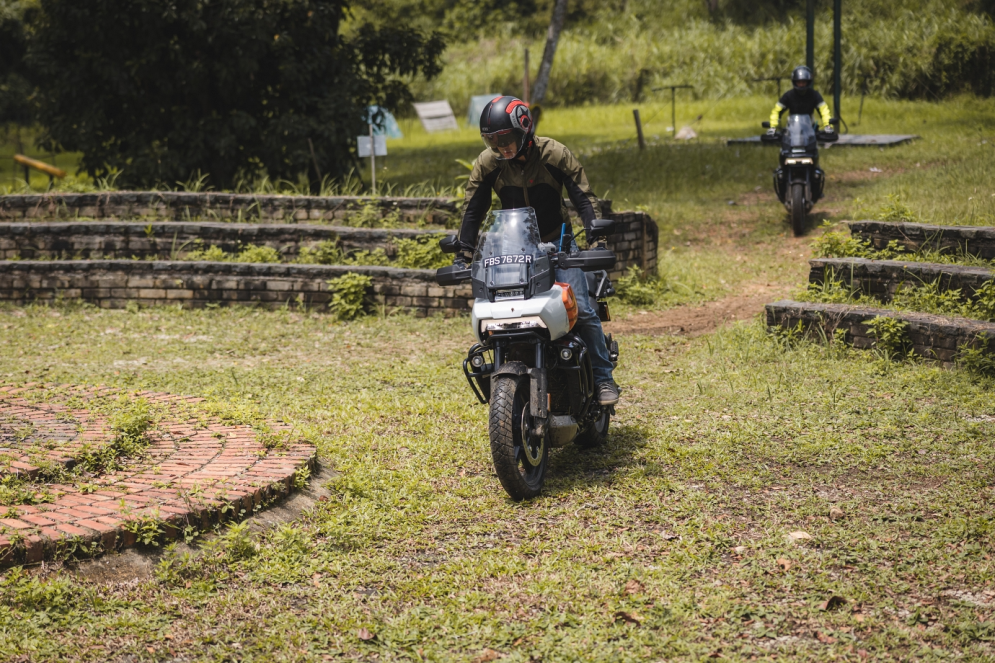 Chances are it won’t be Harley-Davidson.But the brand famed for leather, cruisers, loud thumping exhausts and Terminator 2 is hoping to redefine your stereotypes with its first foray into the ultra-competitive adventure-touring segment - the new Pan America 1250 Special.

How groundbreaking is this model? Think of it this way, it’s a bit like a customised lowrider specialist wanting to make the next Land Rover Discovery beater. The Discovery in this case being the BMW R 1250 GS.

Yup, that’s how ambitious the project is.

A stand-out in the midst of all this electronic wizardry though is Adaptive Ride Height – an industry-first feature which lowers the seat height automatically from 31-inches to 30-inches as the bike comes to a standstill.

This may seem insignificant, but in the world of big, tall adventure tourers, this can be a lifesaver for those not blessed with legs like Heidi Klum.

For the vertically challenged, the Pan America can even be spec'd with a lower seat altogether, which when coupled with Adaptive Ride Height, drops the seat height to 28-inches.

The Pan America cost S$46,900 and S$56,900 for the standard version and the Special respectively (excluding COE) – undercutting the equivalent BMW GS by a few grand.With COE and exorbitant taxes pushing big bike prices to all-time highs, this could be a big factor in deciding one’s next bike.

Another factor, in the Pan America’s case, is its love-it or hate-it styling. Taking styling cues from its range of iconic cruisers, H-D has dared to stray from the usual design mould that dominates the class to come up with something fresh, quirky and distinctive.

Think Citroen C6, Fiat Multipla or Daniel Craig. Not exactly standout beauties but you'll find you can’t keep your eyes off them.So, it has the looks, equipment, tech and price. But all these mean squat if the Pan America can’t get you across the world with a smile on your face.Off the bat, the ride experience is dominated by one thing: H-D’s all-new Revolution Max 1250 engine.Producing 150bhp, the 1250cc liquid-cooled 60-degree V-twin is the most powerful engine H-D has ever created and boy, is it a riot.

The rev-happy unit pulls smoothly from way down low all the way to its 9,000rpm redline without breaking a sweat.

A Harley with a top end rush? You’d better believe it. Pair that with the plushness and sophistication of the electronic suspension and the Pan America’s sporting credentials start to shine.

Despite its 254kg kerbweight, the bike never feels sluggish or heavy and it also benefits from a commanding riding position that instills the rider with confidence around the bends.

The H-D’s ability to elicit giggles from its performance and handling reminds me of the first-generation Multistrada, Ducati’s very own adventure tourer.

Yes, I’m comparing a Harley with a Ducati. I can’t think of a higher compliment than that. 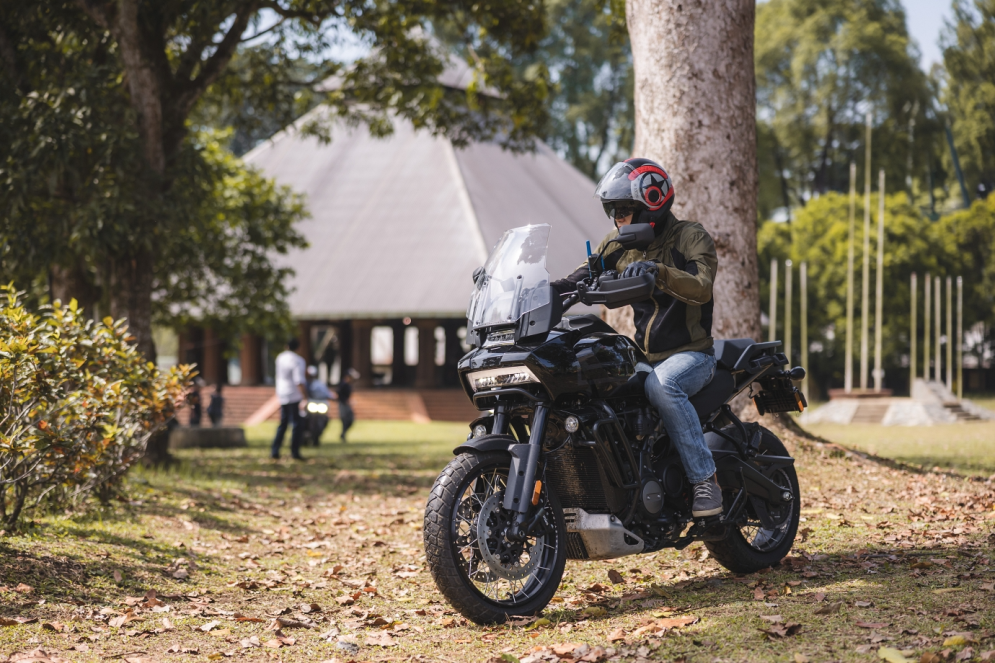 What about when the touring ends and the adventure begins? Around our short off-road circuit test route (which included some treacherous terrain thanks to pre-dawn showers), the Pan America put up an admirable effort on the course that consisted of gravel, ruts, dips, mud, tree roots and the like.

It’s better to think of the Pan America as a Land Rover Discovery than a Land Rover Defender. Fun, comfortable and highly competent on-road but not class-leading off it.

So where does the new boy stand in the grand scheme of things?

It’s neither the fastest in its class nor is it the Bear Grylls of adventure tourers. But judge it solely by these two criteria and you’d be missing the point.

The Pan America is Harley-Davidson stepping out of its comfort zone to rock the establishment.

And as a first attempt to build the ultimate all-round motorcycle, it’s definitely made everyone sit up and take notice.

Let’s face it. Very few buyers are going to cross the Mojave Desert with this bike. If your idea of an adventure is taking the North-South Highway to Thailand with the occasional dirt path thrown in, the Pan America is more bike than you’ll ever need.