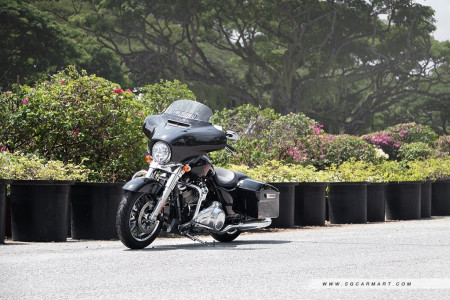 The Electra Glide delivers a raw and authentic Harley-Davidson experience - muscular, smooth, and big all around.

Harley-Davidson recently launched its brand new Pan-America, a bike that on paper sounds nothing like what anyone imagines a Harley to be. Beyond just being a completely new model type, the press release also has certain phrases like "high-RPM power" that sounds almost contrary to what the Harley brand is all about.

I've never riden a Harley before. Before trying out this all new model, I figured it only made sense to ride a 'normal' Harley to get a better sense of what the brand's ethos is.

So, naturally, Harley gave me what could only be described as the most Harley of bikes - this 1,746cc, 372kg monster of an Electra Glide Standard. 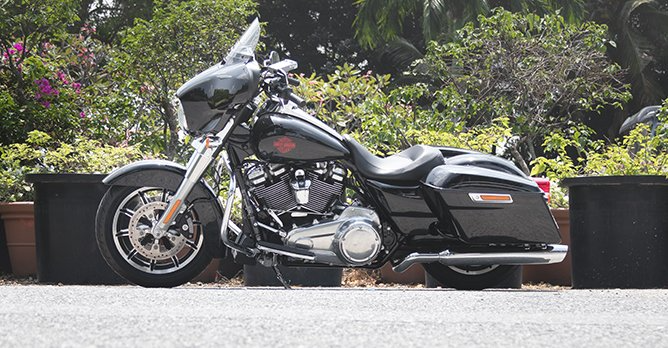 Visually, this is probably what most people picture when they think of a Harley-Davidson

This is what most people think of when they think of the Harley-Davison brand - a low riding, muscular cruiser. And it certainly looks the part, especially as you can only have it in this single black colour scheme.

With the Electra Glide, the word that keeps coming to mind is girthy. Everything about this bike is big. The batwing fairing is super wide, the throttle stubby and thick, the fuel tank can take up to 22.7 litres, the seat wide and low, the foot rest large, even the brake pedal is almost the size of a credit card. Everything about this bike is B-I-G.

And yet, there's not a lot in the way of features or technology. Beyond the odometer (calling it digital might be pushing it slightly), everything else on the Electra Glide is strictly analogue. Is it old-fashioned? In some ways, I guess you could call it that. But I think that traditional feel has its appeal - operating this bike is simple and straight-forward, and you don't need a manual to use the bike. 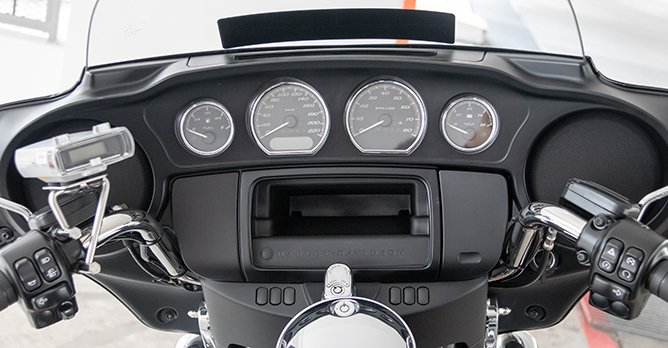 As far as riding it goes, there's no getting over the fact that this bike is close to 400kg. When trying to pedal backwards or manoeuvring at carpark speeds, it is undeniably intimidating, even if the riding position is low and you can plant both feet on the ground easily.

However, get it up to some speed and it really becomes shockingly easy to ride. Power is effortless and creamy smooth, and because the bike is heavy and planted, you never feel like you're going as fast as the speedo says you are. The engine pumps out 89bhp and 150Nm of torque, and easily gets you up to highway speeds. The Electra Glide accelerates in a manner that really defies its weight. I guess having a 1,746cc engine is certainly useful in this regard.

While riding the Electra Glide, I really enjoyed how the seat caresses my backside. And, given the model's touring character and laid back riding position with your legs splayed wide open, it's a truly relaxing way to ride (and a stark contrast to the sports bike that I ride regularly). You could easily ride this bike for hundreds of kilometres at a go, no problem. 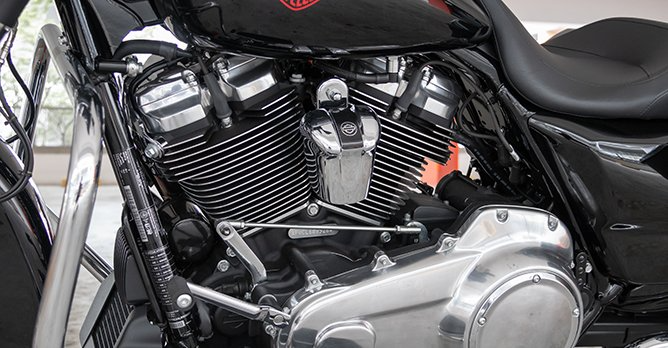 The Milwaukee-Eight 107 engine pumps out generous torque, making for a smooth and easy ride

The ride is also very forgiving, softly soaking up bumps in the road. There's also cruise control, which makes highway riding even more effortless. Cornering with the Electra Glide is also easier than I expected - just lean with your body and the bike responds smoothly.

Issues? The geometry takes some getting used to, at least for me. Considering I'm not exactly very big or tall, I need to stretch my left leg a little to change gears. And, wind buffeting does becomes an issue when you hit three digit speeds.

Sound? In this stock configuration, the sound is a little on the muted side (especially if you're riding gently as I tended to). Get hard on the throttle and the engine definitely rumbles in a manner that's uniquely distinct to the brand. 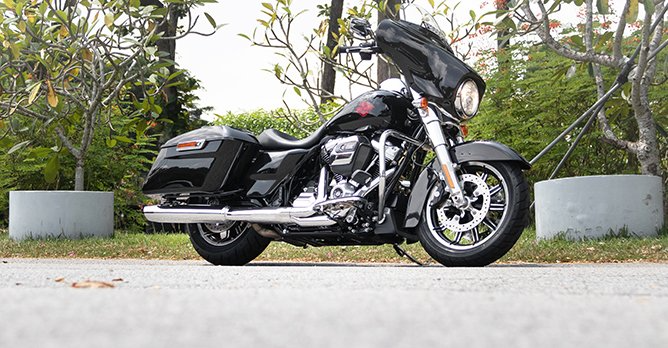 There is an undeniably old-school feel to the Electra Glide. It's simple and uncomplicated, and some people surely appreciate that.

I can understand the appeal of a Harley-Davidson. And in this most raw, stripped back form, the Electra Glide personifies the Harley experience. It's muscular - both in the way it rides, and in the way that you need to handle it.

It's certainly not for everybody. Harley-Davidson has made its bones on delivering a rather specific type of riding experience that draws a particular sort of rider. I understand that, even if it's not personally for me.

Which is why the new Pan-America, which is so starkly different, is all the more fascinating to me.

Written by Desmond Chan and article taken from sgCarMart.